The damage from the “right to be forgotten” (RTBF) saga will be contained, I reckon, yet it testified to 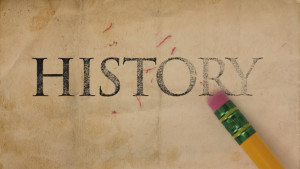 the hurdle that Google must face on this side of the Atlantic with regard to privacy-related matters.
It’s essentially a waste of time Google could do without, given that websites appearing on Google and other search engines could use the help of SEO agents, who should be able to redirect the content in question to an appropriate landing page, at least in certain cases.

But just how big is the market for lost URLs?

Lurking at the opportunity…

The premise: “In a May 2014 ruling, Google Spain v AEPD and Mario Costeja González, the Court of Justice of the European Union found that individuals have the right to ask search engines like Google to remove certain results about them.”

That’s the most reliable information released by Google over the last 12 months, but according to Search Engine Land, which sourced data from ReputationVIP, 70% of total requests are now being denied by Google, which seems a fair suggestion, and is also based on a declining growth rate for the total number of requests.

“In the last three months, the search engine received an average of 500 requests per day,” ReputationVIP argues, from a ceiling of 1,500 daily requests in the previous quarter — which yields a normalised
figure of 835,000 URLs that still have to be removed today, according to our calculations.

Of course, the potential size of the market for SEO agencies must be adjusted by the number of URLs that require SEO intervention, which we estimate to be at between 7%-12.5% of the total — or up to 104,000 URLs that may actually be removed. Take that for a start.

If you want to discuss our model & assumptions further, email us at info@hedgingbeta.com