“YouTube’s ad problems finally blow up in Google’s face” was the headline from wired.com on Saturday.

The American website added that over the past week, “major advertisers — everyone from the British government to AT&T — have pulled their ad buys from YouTube after their banners appeared over videos posted by extremists.”

“Google has apologised. But the company still has a more basic transparency problem,” with several big advertisers such as Verizon, J&J, Starbucks, PepsiCo and Wal-Mart also pulling the plug.

As The New York Times reported, AT&T and Johnson & Johnson, among the biggest advertisers in the US, “were among several companies to say Wednesday that they would stop their ads from running on YouTube and other Google properties amid concern that Google is not doing enough to prevent brands from appearing next to offensive material, like hate speech.”

While some stock market observers argue that “Google’s 4%+ weekly drop (is) meaningless in the grand scheme of things“, reputational risk is real.

This is a serious matter — although the financial impact on YouTube revenues could be minimal, surely it will not be limited to Google.

In a story headed “Are we finally reacting to the disruptive supremacy of Facebook and Google?” The Guardian wrote today that “over the last 18 months, it has become obvious that the internet is the most serious threat to the Enlightenment values it purports to represent.”

CNBC wrote on Tuesday that Facebook and Google are expected to make $106bn from advertising in 2017, almost half of world’s digital ad spend.

In other news, I must flag Adobe’s updates, “which include an expanded partnership with Microsoft to pull the Microsoft’s CRM data into Adobe’s cloud, could help marketers improve spending across advertising platforms”, Adweek reported on Friday. 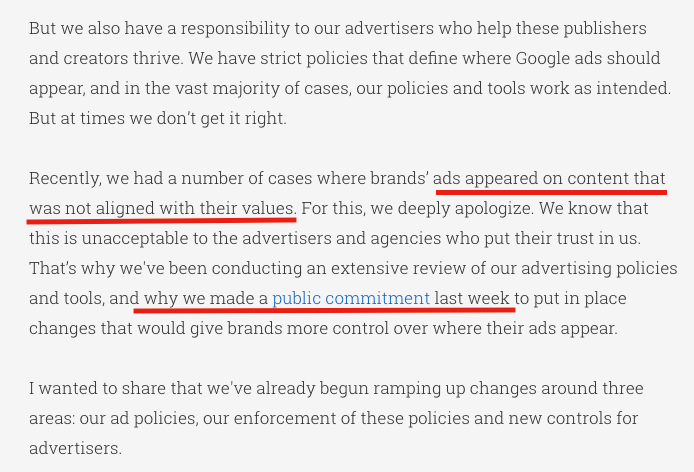 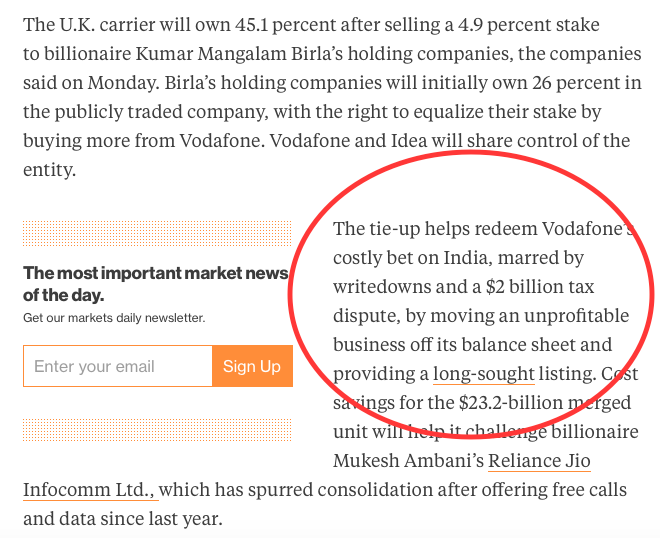 If you want to discuss any of these topics with our team, please email us at info@hedgingbeta.com.